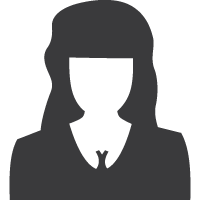 Last year, my sister married the man of her dreams. To celebrate her impending nuptials, I hosted a wedding shower for her. Because all of our family gatherings include delicious foods, I prepared a few dishes for this special event. I served sausage balls, chicken salad, corn flake candy, wedding cookies, red velvet cake, and citrus punch at the wedding shower. Red velvet cake is my sister’s favorite dessert, so I was the one who baked a tall, moist, and scrumptious one for her. On this blog, I hope you will discover the best treats to serve at events like wedding showers. Enjoy!

Back in the 19th Century, fish and chips became a staple meal for working class families in England. It has since remained popular in its native country and has gained popularity in the United States. Instead of frying the ingredients and serving the dish as it was originally created, Americans can take a new twist on this cuisine to make it a bit healthier.

The first step in cooking fish and chips is to place all of the ingredients on the counter in front of you. For the fish, you'll need four fillets of a white fish like haddock, cod, or pollock. Then round up a cup of breadcrumbs, a tablespoon of lemon zest, and a tablespoon of freshly ground parsley. Place an egg and some pink himalayan sea salt and pepper on the counter next. For the chips, you'll need four sweet potatoes and a teaspoon of paprika. Now you're ready to move on to the next step.

Set your oven to 350 degrees Fahrenheit so that it has time to heat up while you prep the fish and chips. In a bowl combine the breadcrumbs, lemon zest, and parsley. Toss the ingredients together. Spray a baking dish with coconut oil to keep the fish from sticking to it during the cooking process. Now sprinkle a little sea salt and pepper over each fillet, dunk in an egg that has been beaten, and coat in the breadcrumb mixture. Place fillets on the baking sheet.

Now move on to the sweet potatoes. You'll need to wash each one off and then cut them into strips so that they resemble the shape of a French fry. Spray a second baking sheet with coconut oil and then arrange the sweet potatoes in a single layer on the baking sheet. Sprinkle with sea salt, pepper, and paprika.

Bake the Fish and Chips

Once the oven has heated up, place the chips in first. They take a bit longer to cook. After 5 minutes have passed it is time to put the fish in the oven. Set your timer for 10 minutes. When it buzzes, flip the fish fillets over and toss the chips. Cook another 10 minutes and then remove the fish and chips from the oven.

Take out four plates and put one fish fillet on each before evenly distributing the chips around them. Add any dipping sauces to the plate, such as organic ketchup, Greek yogurt, or freshly squeezed lemon juice.